Woodgate To Undergo Another Hernia Operation 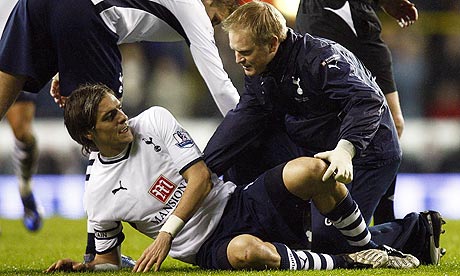 Tottenham boss Harry Redknapp has revealed that he fears that defender Jonathan Woodgate may be forced to undergo another hernia operation before the start of next season.

Redknapp told local newspapers that Jonathan Woodgate is struggling and believes that the player may have to have an operation any time soon.

Redknapp admitted that Woodgate may have to have another hernia operation and eventhough he had one at the end of last season, obviously it has not worked so he may have to go back in again.

Redknapp also said that he does no think that Michael Dawson or Woodgate will be fit in time for the start of the new Premier League season.

However Redknapp said that the club is still looking to improve the squad and if he can still get one or two more players in to make the team strong and it will be good for the team.

Fernando Torres In Pole Position To Win The Golden Boot