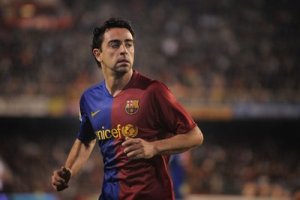 Xavi Hernandez has revealed that everything went wrong for FC Barcelona in their Champions League shock defeat to Russian side Rubin Kazan.

The defensive midfielder, however, insisted that the Russian visitors did not deserve their victory, declaring that “Their three points were undeserved.”

Xavi continued by saying that everything went wrong during this game including the first minute a goal from 30 yards.He then added that the team got back, played quite well and, from there, Barca made it more difficult for the Russian side. He said that at the moment it was a draw but another unfortunate move made Barca lose all three points.

Xavi however said that Barcelona is not nervous, but alert because the group of players are united. He also said that every team in this group has a chance of qualifying and have done their homework and therefore, Barca must go to win even if the game was lost against Rubin.