Xavi : Theirry Henry Is A Good Example For All The Players 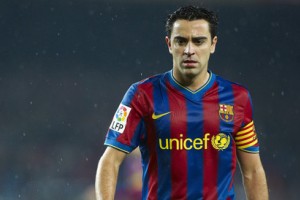 Barcelona midfielder Xavi Hernandez has jumped to the defence of his teammate Thierry Henry.

The French international striker is struggling to fight his way back into coach Pep Guardiola’s first team.

Xavi told reporters that Henry may be suffering from is a trust issue, but is a professional and an example for all the players in the locker room.

Xavi also added that Henry’s behavior on the field has been exemplary and that the players never had a problem with him.

The Spanish midfielder also said that Henry has been training very hard and making the most of himself and whether he plays or not depends entirely on the coach.


Micheal Essien Set To Miss The Rest Of The Season