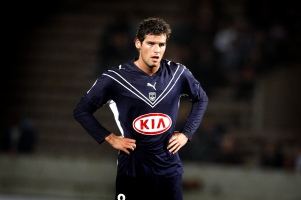 Great news for all Bordeaux fans as it has been reported that playmaker Yoann Gourcuff is likely to return from injury when the French champions travel to AJ Auxerre in Ligue 1 on Saturday.

The France international midfielder was sorely missed when his side slumped to their first defeat of the season with a 3-1 loss at St Etienne in the last round of matches.

Gourcuff, who has scored four goals and set up two this season, resumed light training last Saturday the club said, raising hopes he could be back at the weekend.

A representative from the club revealed that Yoann Gourcuff’s return to full fitness is going according to plan.

However Bordeaux is said to be sweating on the fitness of striker Marouane Chamakh after the Morocco striker picked up a knee injury in a World Cup qualifier in Gabon last weekend.

Centre back Henrique is also a doubt with pain in his knee.