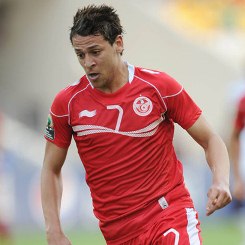 Esperance Tunis midfielder Youssef Msakni says he does not know much about proposed interest from Arsenal.

The 21-year old, who has confirmed interest from French giants Paris Saint-Germain and Lille, suggests that any links between he and the Gunners are merely speculation.

“The club president here told me that PSG have shown an interest,” he said.

“He has not told me if there is an offer or how much the club want for me, so I am trying to stay calm.

“I have also heard that Lille are keen, but again there is nothing concrete.

“To go to Arsenal would be fantastic, but I have only read about that in the newspapers.”