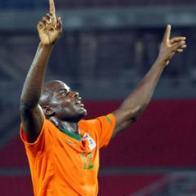 Zambia reached the last four of the African Cup of Nations for the first time since 1996 with a comfortable 3-0 quarter-final win against Sudan in Bata.

Stophira Sunzu put the Zambians into a first-half lead before a rash Saideldin Ali Idris Farah challenge on the game’s stand-out player Rainford Kalaba in the box earned him a second yellow card and a penalty for Zambia.

Captain Christopher Katongo’s spot-kick was saved by Akram El Hadi, only for the ball to fall for Katongo to knock in the rebound, and it was then left to substitute James Chamanga to put gloss on the result with a curling finish moments from the final whistle.

Zambia, top of a group featuring Senegal and co-hosts Equatorial Guinea, and Sudan, who squeezed past Angola team in the tightly-contested Group B, had earned reputations as two of the most creative forces in the tournament thus far.