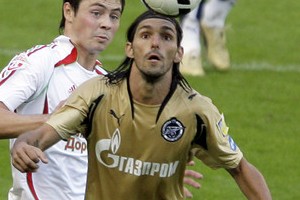 Danny, back after ten months out with knee injury, is set to play his first competitive match since returning to fitness when Zenit kick off their Russian Premier League season at Krylya Sovetov on Saturday, and expects Chelsea scouts are expected to keep tabs on the attacking midfielder.

“The injury made it a very difficult time for me,” he said recently. “It prevented my transfer to Chelsea, for example, and even before the injury, I nearly went to Juventus.

“But I understand their position. They have to think twice before hiring a player who has an injury.”

Joe Cole Set To Join Man Utd in the Summer


CSKA Moscow Determined To Hold On To Igor Akinfeev