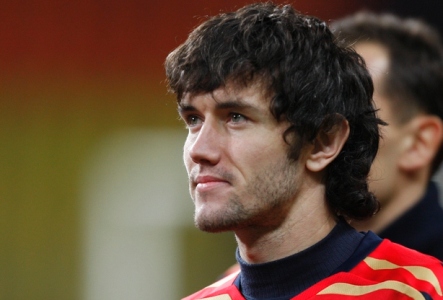 Chelsea’s new signing Yuri Zhirkov has pulled out of Russia’s friendly against Argentina with a knee injury.

Zhirkov joined Premier League club Chelsea from CSKA Moscow a month ago, but has struggled with his fitness since the move.

Russia coach Guus Hiddink told the media that Zhirkov has had some problems with his knee and Hiddink decided that it would be better for him to stay in London so that he could recover quickly.

When asked about the injury, Zhrikov said that he first felt a sharp pain in his knee after the friendly game against Inter Milan last month and it has not been getting any better and that is preventing him from training.

Earlier in pre-season, the £18 million capture suffered another knee injury in training and the Russian has still not fully recovered.


Ben Foster Out Of The England Squad Due To Injury