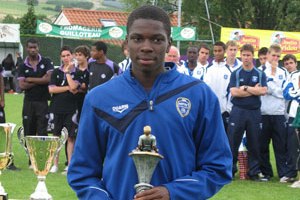 Zinedine Zidane officially began work as a football advisor at Real Madrid last week and has already recommended one signing to the club’s board.

Keita, now age 18, has only just signed a pro deal with Troyes to 2012 and recently was called into the France U18 squad.