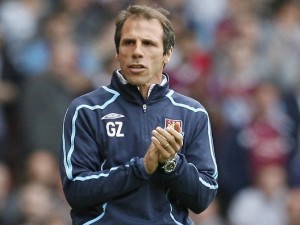 Zola also said that he was really impressed with Manchester City as they were really good.

The former Chelsea striker went on to say that some of the football the team played was outstanding and if they continue playing to this standard for the rest of the season, Manchester City will be up there in the top four at the end.


Rooney Wants To Be A United Player For A Long Time