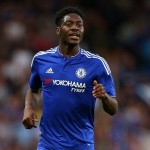 The Mirror says Liverpool are in a three-way tussle for highly-rated Aina.

Napoli and Borussia Dortmund also want the versatile defender who has broken into the England Under-21 setup this season.

Interest in Aina, 19, is mounting with his Chelsea contract expiring at the end of the season.