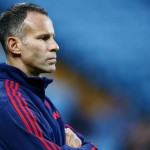 It has been reported that Manchester United boss Louis van Gaal says he will speak to his assistant Ryan Giggs about reports linking him to Swansea’s managerial vacancy.

Giggs is one of a number of names being linked with the job following Garry Monk’s departure from the Liberty Stadium on Wednesday.

“First I have to speak to Ryan Giggs by himself if it’s true,” Van Gaal said.