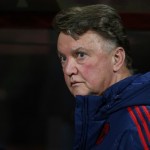 Henry says the Dutch boss is not giving United’s attacking players the freedom in the opposition’s half to create opportunities and score goals.

“It seems those guys are not enjoying it. The fun is not there,” said Henry.

“It’s well structured at times but almost too much, too rigid, very predictable. In the last third of the park you have to let those guys express themselves. It seems like they are not allowed to fly at times.

“We’ve seen it with Angel di Maria. He was great when he arrived last year then suddenly it seems like he had to do some stuff that he isn’t used to do.

“I understand the Dutch way of playing the game is you have to be in certain positions at certain times but in the last third you have to let the genius and the guy that can make the difference express himself. It seems like at times, they cannot do that.”