Reports are out claiming that former Wimbledon star Robbie Earle has suggested that Leicester City should sign free agent Emmanuel Adebayor to boost their chances in the race for the Premier League trophy. 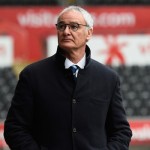 The Togo international is a free agent after being released by Tottenham in September and Earle believes he can prove to be a more than able back-up to leading scorer Jamie Vardy.

Earle writes for Stoke Sentinel: “I already reckon Leicester can keep hold of a Champions League spot … but they could go a long way to sealing it over the next few weeks.

“Everyone was looking at a tough run of games heading towards Christmas but they are half-way through that now with a draw against Manchester United and win over Chelsea to show for it.

“The next three games are tricky – against Everton, Liverpool and Manchester City – but if they can get through unscathed then they will have a big advantage over their rivals.

“They will be the only team in the top five or six who have no European commitments, particularly those Thursday ventures in the Europa League which have historically been so detrimental to domestic duties.

“They can focus entirely on the league – and even if they drop off, they might have already accrued enough points to make them difficult to catch.

“On top of that, they have a transfer window to come when you get the feeling Claudio Ranieri will be well backed.

“The one thing he can’t muck up is that team spirit which has helped them go so far … but now I’m going to suggest one name he should consider is Emmanuel Adebayor.

“The feeling is that they could do with another centre-forward to cover Jamie Vardy and Adebayor is powerful, fast and available since being released by Tottenham.

“The down side is that he’s known to be a bit of a disruptive fella but I think that changing room is strong enough to integrate anyone who gave them a better chance on the pitch.”