Reports are out claiming that Arsenal boss Arsene Wenger states Chelsea are not in a relegation fight despite lying only a point above the Premier League’s bottom three. 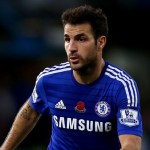 The Blues lie 16th in the table and sacked manager Jose Mourinho on Thursday.

“If you ask me objectively: ‘Will Chelsea go down?’ I say: ‘No, no chance’,” said Wenger, who was speaking before Mourinho was removed.

“They are in a difficult spell, but they are not in a relegation battle.”

Asked if he thought Chelsea’s best chance of turning their form around was to keep Mourinho, Wenger added: “I do not want to assess any other things over Chelsea because it’s not my problem.”