Reports are out claiming that David Beckham is sorry over the sacking of Chelsea boss Jose Mourinho. 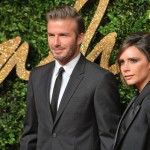 Former Manchester United, Real Madrid and England midfielder Beckham says Mourinho is still “one of the best” managers in football, and insists he is good for the English game.

He said: “Unfortunately this is how football is but there is no disputing Jose is one of the best managers in football.

“He won the league last year and had virtually the same squad this year so it’s obviously surprising to see their league position. But I love Jose. I think he is an incredible manager, a great person and he’s passionate about the game.

“I hope he comes back to the Premier League quickly because the English public love him, the fans love seeing him on the sidelines, they love his character so it’s a shame to see him leave but Chelsea are a great club. Van Gaal Delighted With Win Over Real Madrid : This Wasn’t A Friendly!