Reports are out claiming that Tottenham are making a fresh move for Southampton midfielder Victor Wanyama. 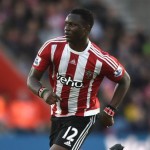 The Daily Star Sunday reported that Spurs will use Andros Townsend as bait in a new bid to lure Wanyama next month.

Boss Mauricio Pochettino wanted Wanyama, 24, in the summer but was disappointed when his former club Southampton refused to sell.

But he remains keen on the Kenyan despite the super form of Dele Alli, 19, and Eric Dier, 21, as he knows he is a specialist defensive midfielder and will continue to develop.

Victor Wanyama is also linked with a move to Arsenal.