Reports are out claiming that former Arsenal striker Charlie Nicholas believes Jose Mourinho’s reputation has been damaged at Chelsea. 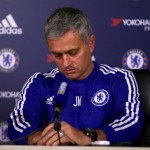 The Portuguese tactician was sacked by Chelsea last week.

“As much as he absolutely fantastic at what he does, I think he’s getting damaged now because of his reputation,” Nicholas told Sky Sports.

“I’m not sure Manchester City will be jumping through hoops to go and get him the way they might’ve done two or three years ago. Has he got longevity? At the moment everybody’s talking about Guardiola. A lot of people will be interested in Jose Mourinho, absolutely guarantee that, but it may not be the high profile ones that were in there before.”