It has been revealed that Harry Redknapp believes Manchester United require a new manager to revitalise things at Old Trafford. 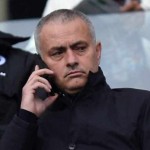 The Red Devils are battling under Louis van Gaal, whose tenure at the club is looking shaky on the back of three consecutive defeats, and Redknapp feels a change is inevitable.

With sacked Chelsea boss Jose Mourinho now available, there is an immediate option for United, but former Tottenham and QPR manager Redknapp has also suggested they could go after Bayern Munich’s Pep Guardiola in the summer.

In his column for The Telegraph, Redknapp wrote: “Manchester United desperately need a lift, a spark from somewhere, and Jose Mourinho would certainly liven the place up – but what about Pep Guardiola?

“United are stuck in a hole under Louis van Gaaland they cannot ignore the fact that two of the top managers in world football are both going to be available.

“Something has to change at United because they have been poor all season and Mourinho would be the perfect fit after his departure from Chelsea, which I think we all saw coming.

“He is desperate to make a quick return, knows exactly how huge United are as a club and would put smiles back on the faces of the players.

“But Guardiola is also on the market and while everyone is expecting him to pitch up at Manchester City, I would still be surprised if United do not consider him.

“If I was Guardiola’s agent I would be rubbing my hands together, knowing that jobs at two of the biggest clubs in Europe could be up for grabs.

“Mourinho would certainly inject some life and confidence into the place with his personality and probably has a point to prove after leaving Chelsea for the second time.”