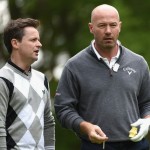 United lost at home to Norwich City on Saturday.

“For the Chelsea players with Jose Mourinho now read the Manchester United players with Louis van Gaal,” wrote Shearer in The Sun.

“That is three defeats in a row now and they seem to have stopped playing for him.

“There is a collective lack of effort in my opinion. A lack of energy, spirit, in fact everything Manchester United used to be about. It needs to be re-energised and quickly, because they are on an alarming downhill slide.”