It has been reported that Louis van Gaal asked for an apology then walked out after little more than five minutes facing the press following a week of speculation over his Manchester United future. 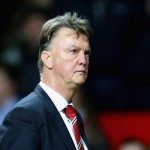 “Has anybody in this room not a feeling to apologise to me? Nobody has that feeling? That, I was wondering. I think I was already sacked, I have read. My colleague [replacement] was here already.

“What do you think happens with my wife, or kids or grandchildren. Or the fans of Manchester United? Or my friends? They have called me. A lot of times. And also Arsene Wenger is saying something about that. Do you think I want to talk with the media now? Only because of the Premier League rule, I have to talk with you. I see that when I say something you use my words in your context.

“I want to say, only, that I have tried to lift the confidence of my players and have done everything this week – meetings, a Christmas lunch, a speech – and I feel the warmth and support of everybody in Carrington. I didn’t feel that in the media. I can imagine that you can write about that subject. We are not in a good position but four weeks ago we were first and in four weeks we can be again.

“You have to stick by the facts and when I get calls off Alex Ferguson and David Gill and Ed Woodward because you are creating something what is not good and not being the facts. Now I have to answer questions. I don’t think I want to do it. I am focused on Stoke City and help my players, I wish you a merry Christmas and maybe a happy New Year when I see you. Enjoy the wine and a mince pie. Goodbye.”