Reports have emerged claiming that Arsenal are being linked with Porto midfielder Danilo. 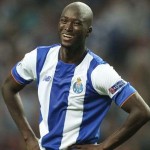 O Jogo says Arsenal will target Porto midfield enforcer Danilo to fill the void in the centre of their engineroom.

It is still believed that the Gunners will target a defensive midfielder during the winter transfer window with a host of names touted.

But Danilo, 24, is reportedly being considered by Arsene Wenger after impressing in the Porto team following his summer move from Maritimo.