Reports have emerged claiming that Borussia Mönchengladbach defensive midfielder Havard Nordtveit is being linked with a return to the Premier League. 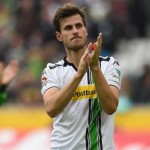 Sky Germany is reporting that the two Premier League clubs, as well as Bundesliga side Borussia Dortmund, are looking to sign the Norwegian international.

25-year old Nordtveit’s contract expires at the end of the season, with Gladbach reportedly interested in signing him to a new deal.

Nordtveit spent three years with Arsenal before moving to Gladbach.