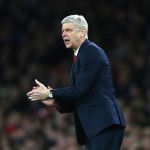 The Gunners went top of the table with victory over Bournemouth.

Graham told talkSPORT : “The others teams that are fancied are not up to the task,”.

“Manchester City defensively are poor, Manchester United are having a bad time and Chelsea won’t win it.

“Leicester are top just now, but I think Arsenal will definitely win it this year.”