Reports are out claiming that Arsenal boss Arsene Wenger hopes to buy in January. 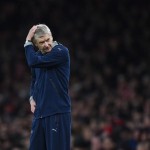 The French tactician says he will add a maximum of two players in January – but hopes to secure at least one new signing.

“I want to and hopefully we are capable to do something in the next 10 days,” Wenger said after the Gunners ran out 1-0 winners against Newcastle.

“More than quantity it is about quality because our players, they are not out for ever. Coquelin is starting to run, Carzorla hopefully mid-February…so hopefully we can add one, if needed two maximum.”