It has been reported that Manchester United may have to pay £150 million to bring Real Madrid star Gareth Bale back to the Premier League. 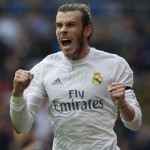 The Times says United could have to pay over £150m if they want to sign Bale in the summer.

The Welshman is considering his future at Real Madrid after the Spanish giants sacked Rafael Benitez yesterday.

Bale had told club president Florentino Perez that he had a good working relationship with the former Liverpool and Chelsea boss.

United have spent weeks trying to lay the groundwork for a summer deal but Perez’s unwillingness to sell could see his asking price set at £150m while Bale’s wages are worth £300,000-a-week.