Reports are out claiming that former Crystal Palace manager Neil Warnock has admitted he has tried to convince Queens Park Rangers striker Charlie Austin to make the move to Selhurst Park during the January transfer window. 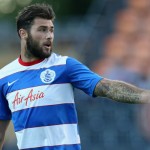 The Daily Mirror is reporting QPR are not willing to part with their prized asset for anything less than £10million.

Austin, who has six months remaining on his contract at Loftus Road, has scored nine goals in 16 Championship appearances for the R’s this season.

Warnock acted as interim boss at Loftus Road prior to Jimmy Floyd Hasselbaink’s appointment and has revealed he has imported Austin to join the Eagles.

“He would score goals. I know Palace are better away from home where they break quickly, and as they showed [against Chelsea], without Yannick Bolasie they need another striker definitely.

“He would fit the bill. Charlie will score goals at any level like he proved in the Premier League last year.”