Reports are out claiming that Arsenal manager Arsene Wenger believes that as a big club the Gunners have a responsibility of taking every competition seriously. 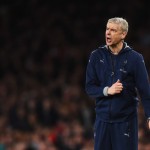 Many Premier League clubs played weakened sides in the third round of FA Cup ties on the weekend, but Wenger did not agree with that sentiment and sent out a fairly strong XI for their 3-1 win over Sunderland.

“You can not say ‘we are a big club’ and not go for competitions,” Wenger, who has guided the Gunners to the last two FA Cups, said.

“Why? Because they are big clubs. You can’t say ‘we move out of a cup competition, a national cup’.” Arsenal Prepared To Offload Per Mertesacker

Tomas Rosicky Delighted With Goal In Win Over Tottenham