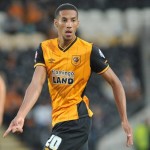 Reports are out claiming that Hull City boss Steve Bruce hopes to extend the loan of Arsenal youngster Isaac Hayden.

Bruce hopes to convince Arsenal loanee Hayden to remain at the KC Stadium for the remainder of the season after the midfielder starred in the 1-0 FA Cup third-round victory over Brighton.

Asked if Hayden was going back to the Gunners, Bruce replied: “There’s a chance, but I hope not. If I’ve got anything to do with it he will stay because he’s the type that if he gets into the team he could stay there.

“I think we just have to weigh up the options for him. The first thing is he is a loan player so you have to be thankful that he’s here, that’s he’s come and wanted to play for us. So we have to be right by him.” AS Roma And Arsenal Now In Talks – Wojciech Szczesny