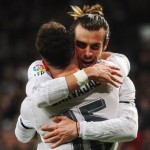 The Wales forward, who used to play under Redknapp at Tottenham, scored a stunning hat-trick in Zinedine Zidane’s first match in charge of Real Madrid against Deportivo La Coruna on Saturday night.

“Gareth Bale is in the top four or five players in the world,” Redknapp told BBC Radio 5 Live’s Sportsweek programme.

“He is an amazing talent. If Manchester United took him they could come close to winning the title this year. He can make that much difference.

“Bale is a match-winner. He scores goals and he can make goals. He could go and get them 16 goals or 17 goals from now until the end of the season if he went on a run and he could turn the club around. He would be an incredible signing.”