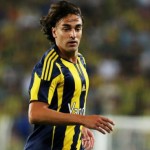 Reports are out claiming that Fiorentina are keen on Liverpool winger Lazar Markovic.

The Serb is this season playing on-loan with Fenerbahce, where he’s become a firm fans’ favourite.

However, Fener are discussing buying the midfielder outright from Liverpool.

For their part, Liverpool won’t be pushed into a definitive decision, with manager Jurgen Klopp unwilling to write off the winger just yet.