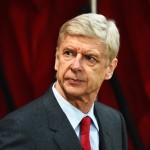 Reports have emerged claims that Leicester City’s head of technical scouting Ben Wrigglesworth is on his way to Arsenal.

The Telegraph says Wrigglesworth, who helped the Foxes sign star players Riyad Mahrez and N’Golo Kante, will join Arsenal officially in the next few weeks.

It is claimed Wrigglesworth is currently on gardening leave and will become the second member of Leicester’s highly-rated scouting team to leave in the last 12 months.

Rob Mackenzie joined Tottenham as head of player identification last February while the Foxes’ current head of recruitment – credited for signing Jamie Vardy – has also been linked with a move to the Emirates.