Reports have emerged claiming that Stoke City and Southampton are both being put off by the price tag Porto have placed on Giannelli Imbula. 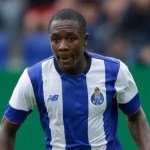 The Potters and Saints are both in the market for a defensive midfielder and have reportedly sounded out the Portuguese club about the 23-year-old.

However, Porto’s valuation of £20million has Stoke and Southampton searching elsewhere with the Daily Mail reporting that Lorient’s Didier N’Dong has emerged on the radar of at least the former.

Imbula arrived at Porto from Marseille for £15m last summer and has made 19 appearances in all competitions this season.

Arsenal and Chelsea were also said to be interested in the talented midfielder. Wolves Delighted With The Signing Of Benik Afobe From Arsenal