Reports are out claiming that Crystal Palace are closing in on Emmanuel Adebayor. 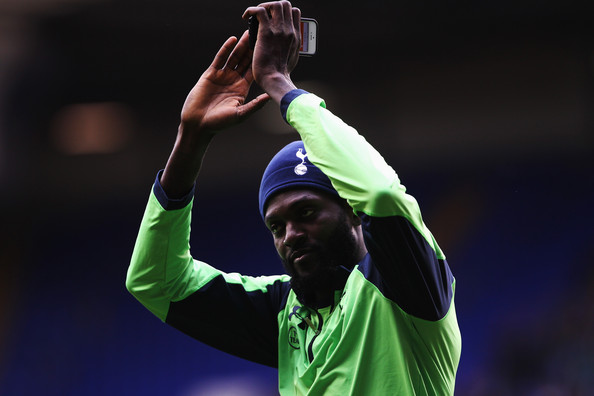 The Mirror says Palace will have to pay Adebayor £77,000-a-week if they want to sign him this month.

The ex-Arsenal and Manchester City star left Tottenham in September after being frozen out by Mauricio Pochettino.

But his contract does not expire until the summer, meaning Spurs are still paying him his £102,000-a-week wages.

Palace boss Alan Pardew has admitted Adebayor is on his radar as the South Londoners hunt an experienced striker.

But the club have reservations over paying his huge wages – Spurs chairman Daniel Levy would make up the remaining £25,000-a-week – and are exploring other avenues. Paul Merson Backing Arsenal To Bounce Back Against Swansea City