According to reports from www.sportspromedia.com/, Arsenal have entered into a new content partnership with Total Soccer, a popular soccer-themed show in China broadcast on CCTV Sports. 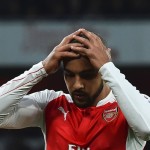 The agreement will see the north London side provide exclusive content, including player interviews and videos, for use on the show, which runs for two hours each Monday.

The Gunners, currently third in England’s top flight despite defeat to Chelsea on Sunday, become the first Premier League club to partner with Total Soccer.

“We have many passionate Arsenal fans in China and this exclusive arrangement by a Premier League club will bring them closer to Arsenal and help attract many more fans to follow us.”

The new deal with CCTV continues Arsenal’s recent focus on the Chinese market. Towards the end of last year, the club signed a three-year sponsorship agreement with lottery provider DJI Holdings and entered into a partnership with soccer schools operator iRena.