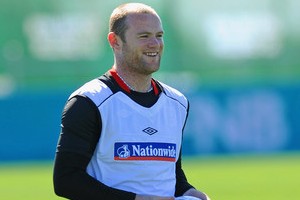 Crouch insists the country’s most gifted player can pick up a World Cup winner’s medal – before being named FIFA’s World Player of the Year.

The global gong is an honour no Englishman has received since the accolade was introduced in 1991.

Spurs hitman Crouch said: “It is massive for us to have someone in such great form going into the World Cup.

“He has always been fantastic. A top-class player. People are saying he needs to play with another striker. But this season at United he has proved he can play up front on his own and still score goals.

“Wayne is world-class. He is in the top five players right now – everyone would agree with that. I think he could end up being the World Player of the Year. It would be great for England if someone could do that.

“Frank Lampard got extremely close. For someone to win it would be phenomenal. You also forget how young Wayne is. He has achieved so much in a short time. He has a long, long way to go in his career. And he is more mature than, say, five years ago. 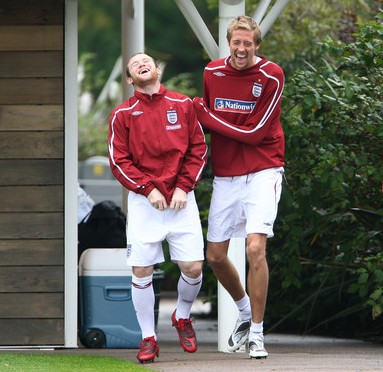 “We had a long winter in the Premier League and the World Cup is in every England player’s mind. It’s an exciting time for everyone concerned. It has been far too long since we won the World Cup or even got close to winning it.

“I would like to think we can live up to our expectations. We have a strong belief. The way we qualified with games to spare was good. We have a fantastic squad.

“We have talked ourselves up before and it has been frustrating that we have not lived up to our expectations. This year we would like to go out and really prove ourselves.”