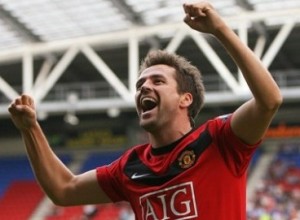 Manchester United striker Michael Owen has insisted that he is still as good as ever.

Many critics claim that the Manchester United striker is a shadow of the player who once terrorised Premier League defences week in, week out during his time with Liverpool.

However Michael Owen, who has been plagued by injuries throughout his career, is confident that he will silence the critics by delivering the goods at Old Trafford.

The 29-year-old said that he is not slower now than he was seven or eight years ago and with the hamstring problems early in his career, it knocked a yard off his pace.

However Owen said that since then ha has been the same player and if anything he has improved.

Owen also said that game awareness is a good word for it and that a lot of it is so instinctive so it is hard to put down.

He also said that it is a player’s experience takes him into areas and that he is only 29 and not past it.

Owen admits being continually left out of the England squad is hard to take after 40 goals in 89 caps but he refuses to give up hope of convincing Fabio Capello to pick him.

Owen added it is not an easy squad to get into with the results the team are getting at the minute but he said that he is as passionate as ever about extending his time with England.