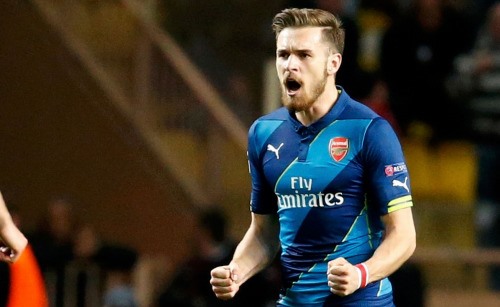 Reports are out claiming that Aaron Ramsey insists Arsenal can rescue their season after elimination from the Champions League this week.

Wenger’s team have won 13 of their last 15 games and are third in the Barclays Premier League. Ramsey thinks they can catch Manchester City and finish even higher.

“The top two is within our grasp,” said Ramsey.

“It’s only one point and anything can happen. We still have the FA Cup to go… we’re still on for a successful season.

“We’re more than capable of beating anyone and it’s a case of being more wise over two games in Europe. Hopefully if we get a chance next year we can put that right.”