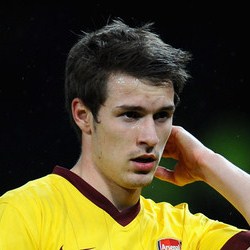 The 20 year old former Cardiff City man will lead the Welsh Dragons onto the Millennium Stadium for the first time in his international career, the decision coming despite the fact he hasn’t played for the national team in 16 months.

The central midfielder has only just returned to regular club football after suffering a badly broken leg almost a year-and-a-half ago but Speed said he is the right man for the job.

Speed said : “Aaron Ramsey will be captain. I thought about it a lot. As I have mentioned before, it is about the future and planning ahead. There were two or three candidates. I thought about what is best for the team going forward,”.

“I spoke to Aaron before making the decision and told him there were certain responsibilities and duties that would go with it, and to see if he was happy with it.

“I’m delighted and he was really happy. I made the decision because I thought it was best for the team and the future of the team.” Sir Alex Delighted With The Impact Of Robin van Persie