It has been reported that Arsenal midfielder Aaron Ramsey is not agonising over ‘what could have been’ after recovering from midseason injury. 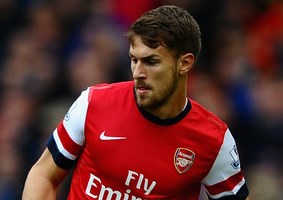 The Welsh international had been in sublime form over the first half of the campaign, where his 13 goals helped set the Gunners up for what looked a sustained assault on the championship.

“Those thoughts (of what might have happened if we all had stayed fit) have gone through my mind, but disappointing things happen,” Ramsey said on Sky Sports Weekend Warm-Up.

“I am obviously absolutely gutted with what went on after Christmas with my injury, but that is football and you have to bounce back from that.

“We have had some bad injuries in the second half of the season, but that is something we have to overcome and hopefully we will be thereabouts in the Premier League again next season.”