It has been reported that Arsenal boss Arsene Wenger is hoping to have midfielder Aaron Ramsey back from injury for Sunday’s crucial Premier League game against Everton. 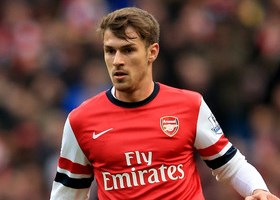 Spanish left-back Nacho Monreal could also feature at Goodison Park, while midfielder Abou Diaby is closing in on a return after being out for more than a year with a serious knee injury.

Midfielders Jack Wilshere and Mesut Ozil remain on the sidelines but centre-back Laurent Koscielny may be available for the FA Cup semi-final against Wigan next weekend following his calf problem.

“The FA Cup will be too soon for Ozil, but he will hopefully be back soon after that,” added Wenger.