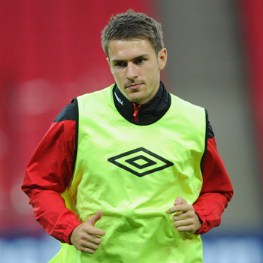 Aaron Ramsey has admitted that the loss of Jack Wilshere will be a major blow for the Gunners.

The 19-year old midfielder is set to be sidelined for at least two months with an ankle injury sustained in pre-season and his associate feels that his absence could be tough to cover.

“I haven’t spoken to him so I don’t know what the situation is but I know he’s been struggling with his ankle and it’s a big blow,” Ramsey told a press conference ahead of Wales’ meeting with England at Wembley tomorrow.

“He had a massive season last season and he showed everyone what he’s capable of doing. I thought we played pretty well in pre-season together, so it’s a big blow for Arsenal and hopefully now he can get back as quick as possible, and makes a speedy recovery.”