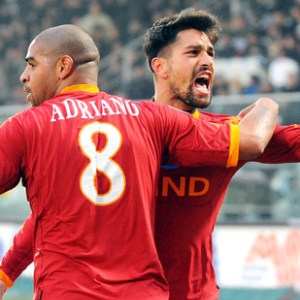 A late own goal by Maximiliano Pellegrino handed Roma a narrow victory at Cesena this afternoon.

The luckless defender stuck out a foot in the hope of clearing Fabio Simplicio’s close-range effort but poked the ball into the back of his own net.

The result lifted Roma fourth in Serie A, a point ahead of Juventus and two behind third-placed Lazio.

Cesena, meanwhile, remain one place and one point above the drop zone.