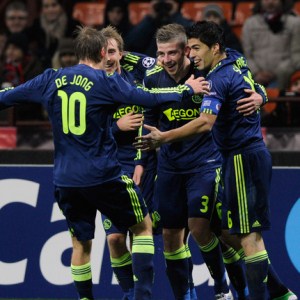 Ajax made light of the departure of Martin Jol, scoring twice in nine second-half minutes to bow out of the Champions League Group G on a high.

The Eredivisie side will now head into the last 32 of the Europa League having claimed a considerable scalp courtesy of goals from Demy de Zeeuw and Toby Alderweireld.

Milan were already assured of second place in the group but had goalkeeper Marco Amelia to thank for keeping the total down in this match.