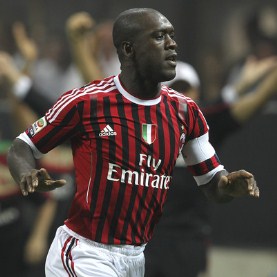 AC Milan posted the first win of their Serie A in lacklustre fashion, beating lowly Cesena 1-0 at the San Siro.

Clarence Seedorf’s cross-come-shot went in at the far post just five minutes into the contest, and that was enough to separate the two sides.

Injury-ravaged Milan dominated possession but failed to convert that into as many chances.

Cesena, who have now lost their first four games of the campaign, lacked the players to get themselves back into contention in a drab encounter.