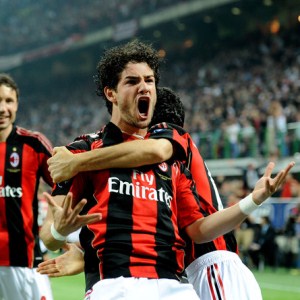 Milan moved five points clear at the top of Serie A with a dominant 3-0 win over city rivals Internazionale at the San Siro.

Alexandre Pato was the hero for the Rossoneri in the 154th league instalment of the Derby della Madonnina, scoring a brace which sealed a first double over their local rivals since 2004, the last time they won the title.

Substitute Antonio Cassano put the gloss on the victory with a late penalty, before being sent off for picking up two bookings in as many minutes.