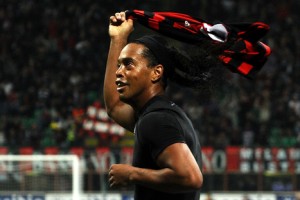 AC Milan gave Leonardo the perfect send-off in his last match at the San Siro before leaving the Italian giants.

Two goals from Ronaldinho after Luca Antonini’s opener ensured Milan finished third in the Serie A table and also compounded Juventus’ agony as they could only end what has been a disappointing season in seventh.