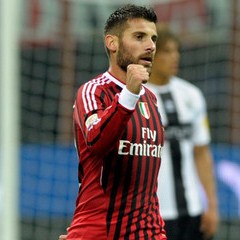 Antonio Nocerino became the second AC Milan midfielder in as many games to score a hat-trick as the Rossoneri moved up to fourth in Serie A thanks to a convincing win over Parma.

Nocerino, who had scored only five career goals in over 125 games before tonight, put the home side in front after half an hour.

He doubled Milan’s lead two minutes later before Zlatan Ibrahimovic put the result beyond doubt in the 68th minute.

Sebastian Giovinco scored a consolation for Parma before Nocerino completed his hat-trick in stoppage time.

Kevin-Prince Boateng stole all of the headlines at the weekend as his three goals in the second half of Milan’s game in Lecce helped them recover from 3-0 down to win 4-3.

This time it was the turn of Nocerino as Milan scored four again.