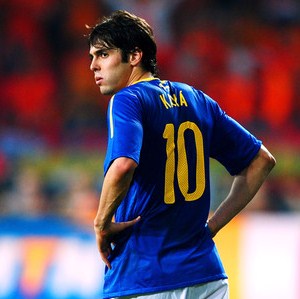 Italian giants AC Milan has revealed that they will continue talks with Real Madrid today over a January deal for Brazilian playmaker Kaka.

Il Giorno has reported that despite the denials of Real coach Jose Mourinho, Milan vice-president Adriano Galliani is negotiating with Florentino Perez, the Madrid president, over an agreement for Kaka.

It is also claimed that the pair dined last night and thrashed out an outline to a loan deal for Kaka.

The Brazilian would return to Milan in January on a six-month free loan, with the option to sign permanently in June.

Negotiations will continue today and tomorrow after tonight’s Champions League clash at the Bernabeu.

Sneijder : I Will Never Return To Real Madrid!

Adriano Galliani : Thiago Silva Is Not For Sale!