It has been revealed that AC Milan coach Max Allegri was pleased with Mario Balotelli’s performance in their 2-2 draw with Livorno. 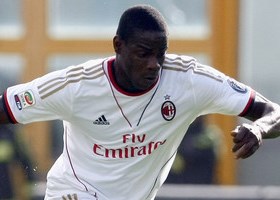 The former Manchester City striker bagged a brace and hit the crossbar late on with a stunning strike from 30 metres.

“Balotelli had a great game and when he plays like that he is difficult to mark. He should’ve had better support, not so much in terms of passes as in attitude.

“Both M’Baye Niang and Mattia De Sciglio did well down the right flank, but we paid a heavy price for the mistakes in defence.

“We’ve got to understand that if we don’t match our opponents in terms of determination and intensity, then our quality won’t make the difference.”